In this section you can read the introductions to the latest dowsing reports of past events as well as other adventures & stories related to shamanic dowsing. Although not widely accepted as 'scientific proof', dowsing can be a helpful tool to the study into consciousness. To show, by means of dowsing, how everything is related to each other through vibration - and to work intentionally with the consciousness of the physical world (and beyond) - may offer a beautiful glimpse into what has been widely forgotten; that everything is part of the whole in relation to us. I hope that the Shamanic Dowsing in service to the evolution of consciousness may begin to seed and cultivate the thought that we need to incorporate earth and all its life into our circle of interaction. Everything has a seat at the table of Life. Viewed in that way, the use of dowsing evolves on par with becoming more conscious.

Meeting the Spirit of Place at Fernworthy stone circle

Breathing a deep breath and on its release, I connected to the Spirit of Place of an ancient stone circle on Fernworthy Reservoir and, after the usual ‘getting to know each other’s energy and intention’, I asked if it would like to take me to an important spot on these grounds.
“Yes”.
“Thank you, please lead”.
The dowsing rod then first led to two different places which, after a Q&A session with the Spirit of Place, revealed that these were spots were springs used to be. In my mind, with this information, I imagined a place where people would go to collect water but I may have been wrong in those assumptions. Because this Spirit of Place, I would learn about half an hour later, was showing me things of importance from its point of perception and not from a human view.

I was led further to a spot a few feet outside the visible stone circle. There was absolutely nothing unusual about this spot, just grass. The gaze on the outside world softened while I turned inwards to feel the energy connected to this spot. It was very strong, a vortex of subtle energy that influenced my heart space and head the most. Like a ‘heightened dizziness’ inside; a slight fog in the mind but at the same time a sharpened inner core. It is difficult to explain. I stood there for a while and listened to impressions and information coming from standing in this power spot and what I got from it was a strong sense of a ‘watching presence’. Watching the people and the stone circle. Waiting too. Watching and waiting. Still not knowing the whole ‘picture’ of the story this Spirit of Place is leading me to, I assumed that maybe this was a spot where people stood when they waited before entering the circle. I have encountered such spots before in my dowsing at ancient sites over the years and one of the stories I remember is a spot near a neolithic fougou where the Spirit of Place explained that it was a spot with favourable earth energy concentration where young boys would line up at a spot and then being led into the specific site by an elder for their ‘entering manhood’ ceremony.
I thought that maybe this spot at Fernworthy stone circle was something like that. But I would soon enough find out that wasn’t the case. But however much I asked for more answers, things were not becoming clearer. I didn’t know I was asking along a wrong train of thoughts and perhaps it was  because of that reason that the Spirit of Place sent me off to do something else first. The whirling energy in the spot became too much and I stepped away from it, slightly frustrated that I had not unravelled the spots mystery. Deliberately clearing my mind from the experiences at the power spot, I entered the stone circle with the intention to dowse the energy pattern there. It turned out to be surprising. Something I had not yet encountered before in books or field research but maybe someone else has found this too. The energy pattern consisted of two ‘layers’: one was the daisy flower petal shape (with small, pointy petals) that has so often been found but the second was a ‘grouping’ of these petals in 4 sections, like a 4-leaf clover. And the only reason why I found this second pattern interwoven in the first is because the dowsing rod made me stop and start where each section started while dowsing the petals. It intrigued me while walking the pattern but it only made sense when I scribbled my findings on the notebook’s page. I decided to walk around the stone circle and dowse the amount of radials coming from the centre; an incredible 86. Almost double the amount that is usually found. Puzzled and overwhelmed by the sheer amount of information, I stood at the edge of the stone circle peering in, not far from that mystery ‘watcher’ spot. No idea what to do next. So complicated this spot that one would need a whole weekend camping here to delve into the deeper mysteries. And my time here was running out as I was a guest in a group of people that would soon move on to a new site. One last question to the Spirit of Place then! “Can you take me to your favourite spot?”
“Yes”, accompanied by what I can only describe as an invisible inner smile.
“Well, lead on!”
It took only a few paces until the dowsing rod stopped me back at that mystery spot. “Oh, so this is YOUR favourite spot?” Aha, not some waiting spot for people then! In that moment I could let go of preconceived notions I had and could access the emptiness behind it that reveals answers when we are able to listen to it without distortion. This is when I felt the energy of a giant tree. A tree! This spot used to be the spot where a tree had stood! Humbled by this tree’s gentle and amused response to my epiphany (you know, like a parent patiently waiting for a child’s penny to drop), I followed this newly revealed line of thoughts and now the Q&A session went smoothly as silk! It turned out that this tree lived 755 years before dying naturally and becoming a Spirit of Place. The springs were important places for its roots to collect water from. Duh. The energy of the tree is still here because it is ‘tied’ to the land (which reminds me to look into the ancient practice of ‘tying stars to the land’). Even though we can no longer see the physical tree, it is still present. Beyond the capacity of our physical eyes, energy lives on without its temporary form. This tree energy still loves its spot and enlivens it. It watches humans and interacts with those who ‘find’ it. Actually, the tree was most delighted to share conscious moments together. It is more healing and enriching than words could ever express. I just hope this article contributes to an opening up of hearts and minds and a collective re-befriending our natural, conscious, precious, diverse Earth beings.

As we can see confirmed by dowsing, the positive thoughts and healing intentions of one person at one occassion can bring about change; those of a group of people over an accumulated period of time are continually and beneficially changing reality as we know it 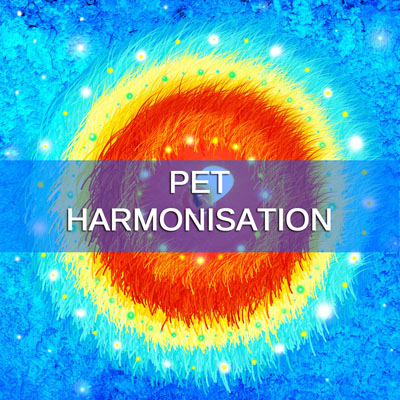 An exploration of consciousness and ancient tradition using dowsing, Shamanic Dowsing aims to find new ways of relating to our natural world and the world beyond our senses. Let us find that which gives us joy, inspiration and most of all: empowerment!